While there are many ways to beat the Volcanic Cave, the simplest way to idle stuff is with a melee build.

Given a melee build, and assuming the player has

Smithing level 99 already, one can use the following build with 820 HP, and Auto Eat - Tier III.

For your weapon, you'd want to use a

Ancient Claw, but in the lack of something better you could reasonably use a

Sunset Rapier instead, since it takes a bit less time to get your hands on.

Skull Cape from the Slayer shop, and a

Silver Diamond Ring on top of this gear you can get an extra +4% dr, lowering the HP requirement to 770 instead.

Note that many of these items can be swapped out for better items, and there's some variance between what the player will have access to, and what levels they have. For a full reference check the table made by Aurora Aquir#4272 below. 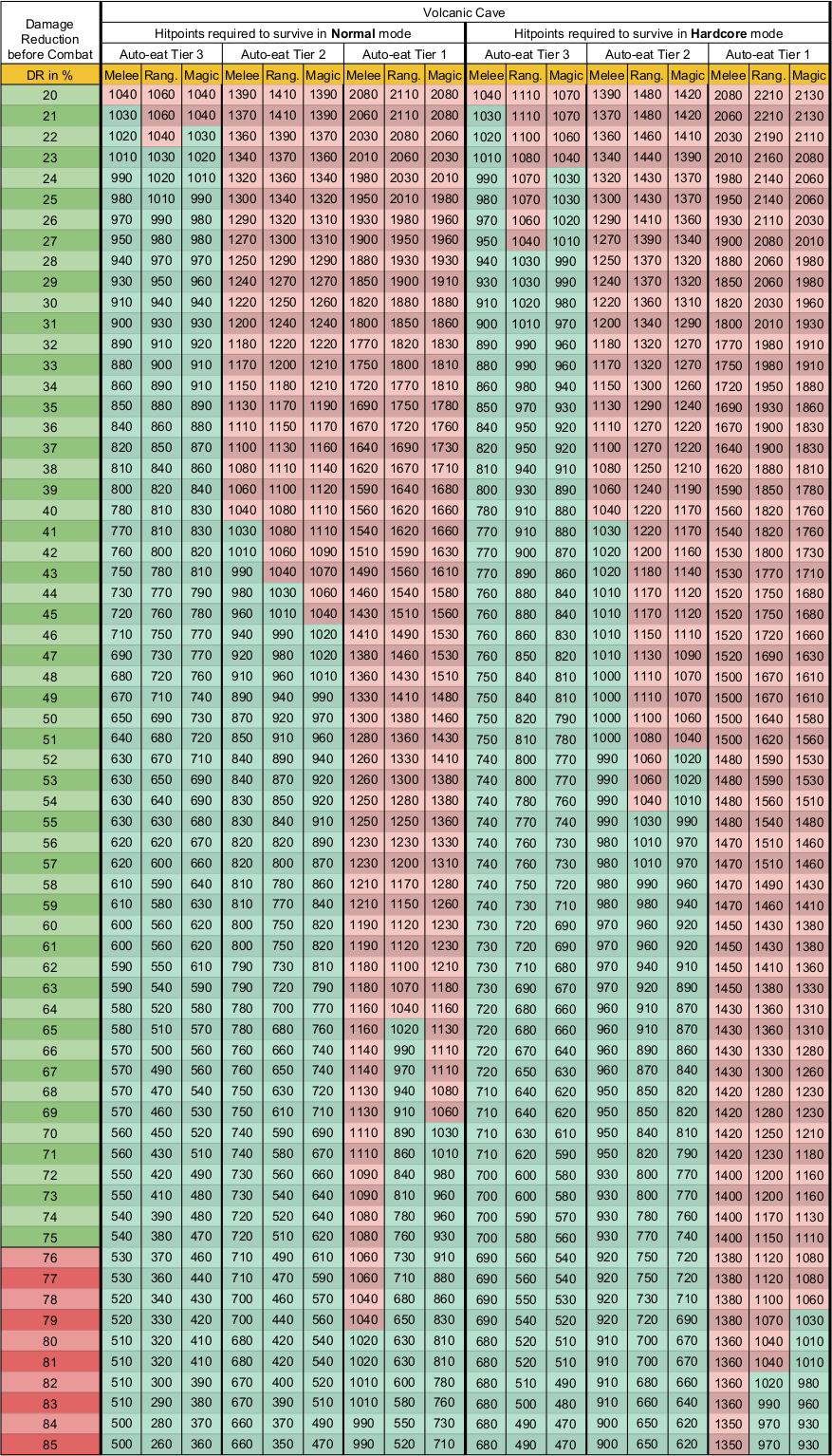